Scotty Dillon’s Surfmuseum – our intern Jessie was there

When I travelled the Australian East Coast in 2009 we also passed Scotty Dillon’s Surfmuseum in Coffs Harbour. Here surfboards, photographs and much more is exhibited. Back then Scotty was 82(!) years old! He took us through his “Legends Surf Museum” and answered our questions. When I asked “do you still surf?” he said: “Do bears still shit in the woods?”

Scotty is a big wave surf legend and well known in the scene. He rides waves since he was three years old. His father, a former life guard, taught him to surf. Scotty told us a lot of stories about his life, sharks and crocodiles. He not only was a pro surfer, but also a shaper, pro boxer and race car driver. A very funny, fascinating guy who shows that surfing knows now age limit. 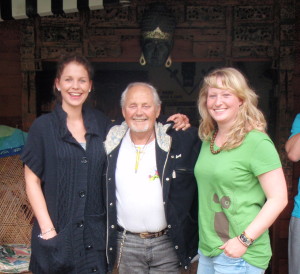 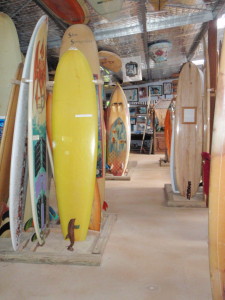