An Island in the middle of the Ocean - surrounded by water

Fuerteventura is the second largest island in the Canaries and the closest to Africa. It has a climate similar to Florida or Mexico (not surprising as they are all about the same distance above the equator) and around 3000 hours of sunshine a year. If you want good weather and lots of sunshine, then Fuerteventura is a great year-round holiday destination.

Get inspired by our moon landscape 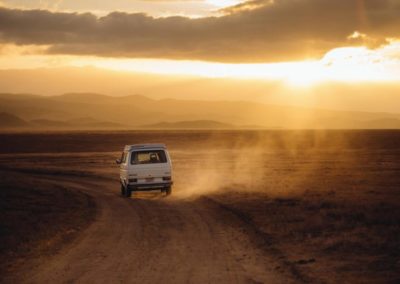 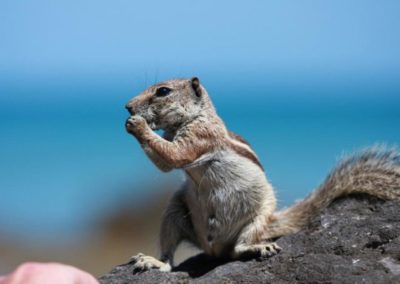 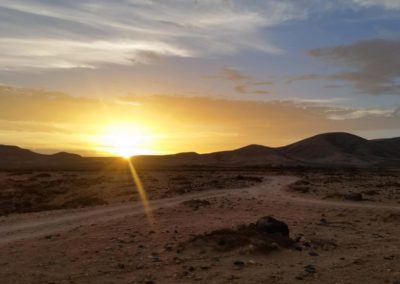 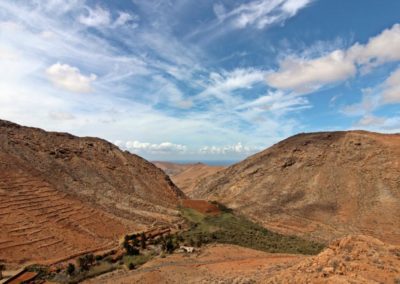 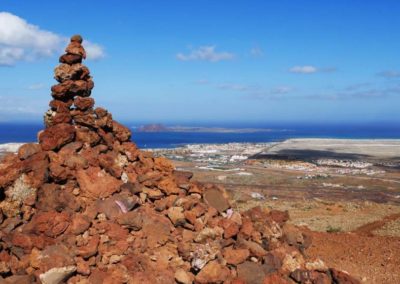 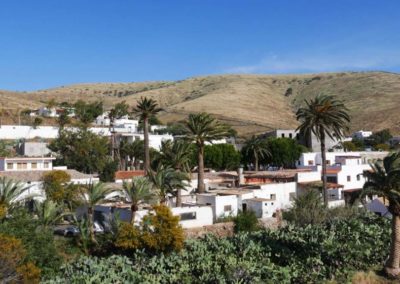 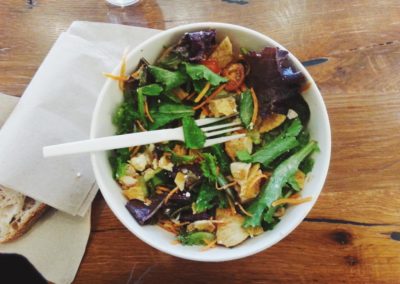 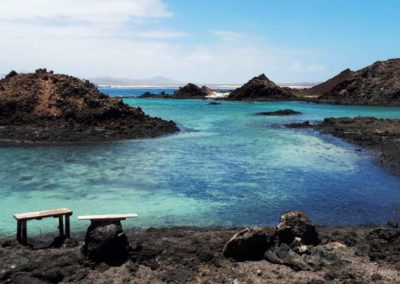 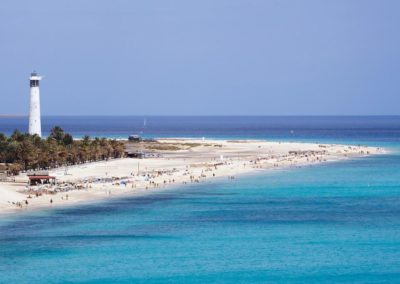 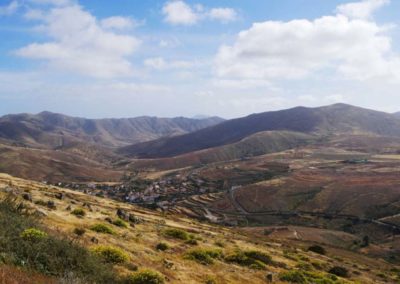 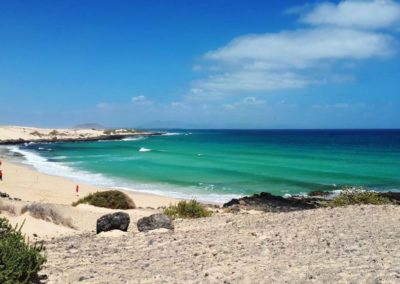 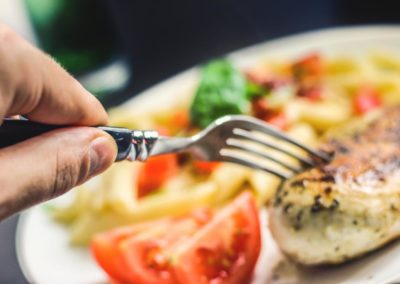 The beaches of Fuerteventura

No other Canary Island can match Fuerteventura for beaches. There are more than 150 of them, occupying 98kilometres of coastline. There are vast stretches of sand backed by spectacular dune fields in both the north and south of the island, the lagoons and surfing beaches near El Cotillo, and a wide variety of other bays and beaches.

The fine, white sand beaches of Fuerteventura are not the result of sand blowing from the Sahara desert (as is claimed in some guide books), but were formed from the ground down remains of shells and other marine organisms.
The beaches are not just the best in the Canaries, they are as beautiful and varied as any in Europe.

Fuerteventura is the oldest island in the Canaries. Past volcanic activity has led to its special landscape. However the last eruption was around 7000 years ago and there are no active volcanos on the island these days.
If you want to see evidence of more recent volcanic activity, then the small island of Los Lobos is only about 15 minutes away from Corralejo by boat. The island is a nature reserve and ideal for hiking and getting away from it all. As a bonus it has one of the best and longest surfing waves.
Fuerteventura’s desert landscape is home to some special wildlife. The houbara bustard is the iconic bird of the island. It’s difficult to find; the nearest you may get to it is the shop of the same name in El Cotillo. On the other hand the wildlife around the lagoons can be very tame, with plenty of small fish basking in the shallow water and wading birds (turnstones and sanderlings) behaving like sparrows looking for any titbits. 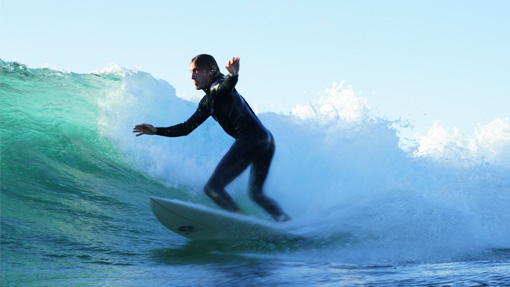 Water sports and activities in Fuerteventura

Fuerteventura is a haven for all sorts of water sports. Every year, thousands of surfers, windsurfers, kite surfers and divers head for the island.

Year by year Fuerteventura develops as a holiday destination and new tourist attractions are added. These may be related to the scenic and cultural side of the island – such as the Archeology and Ethnography Museum in Betancuria or the artisan village in Tefia – or they may offer an opportunity to try out a different physical activity. If you want a break from surfing and sunbathing, Fuerteventura is a fascinating island waiting to be explored.